ALET LES BAINS is a small town located in the heart of Occitania which charms visitors with its magnificent and ancient civil and military architecture and its exceptional religious heritage.

This wealth is the legacy of the city’s glorious past. As spiritual capital from the 9th to the 18th century, this was when the city experienced its golden age: many mansions were built alongside other medieval buildings. Today it is possible to visit some of them, such as the Episcopal Palace which houses very beautiful historic rooms and is surrounded by a private park with hundred-year-old trees. Both the Larade residence and the Fradin residence are remarkable for their facades adorned with arcades and corbels. One can admire the medieval houses and shops with esoteric, cabalistic and Masonic signs that hint at the opulence of the days when Alet was on the pilgrimage route.

A place of ecclesiastical power of the Languedoc, the city of Alet les Bains, formerly called Aleth, welcomed illustrious personalities, including the Prince de Conti (cousin of King Louis XIV) protector of the famous playwright Jean-Baptiste Poquelin, better known by the name of Molière.

Continue your visit of Alet les Bains by strolling around the narrow streets where the old houses – some of which date back to the Middle Ages – are adorned with colored shutters echoing the ochre hues of the arts and crafts shops. On the Place de la République (formerly the Place du Puits) the 16th century Maison des Consuls sits beside the family house of NOSTRADAMUS, the Hôtel de la Main d’Argent and the Maison du Régent. Protected by a framework of walls and fortified gates dating back to the 12th century, these are places of memory, culture and art. Alet-les-Bains should not be missed and we welcome you to this journey back in time. 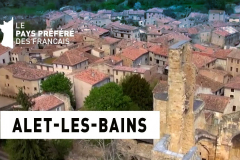 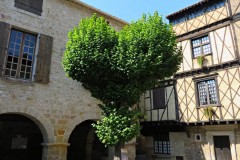 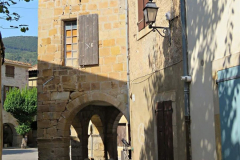 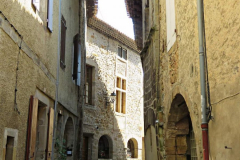 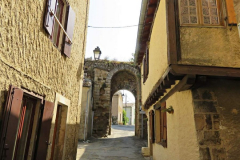 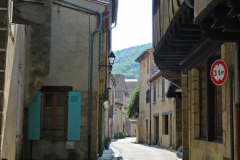 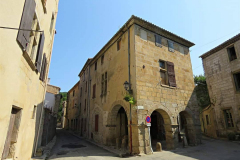 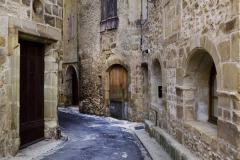 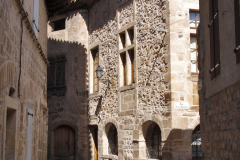 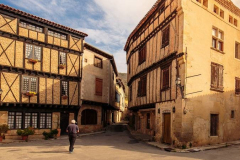