“We give what is ours, we pass on our knowledge”

Michel de NOTREDAME, known as NOSTRADAMUS, was born December 14, 1503 in Saint-REMY de PROVENCE, into a family of Jewish converts to Christianity. On his father’s side of the family, his origins are from the City of ALET LES BAINS.
He studied in AVIGNON, where his knowledge was noticed.
The plague epidemics which interrupted the lessons allowed him to deepen his study of plants, and the beginnings of pharmaceutical studies. He then began a journey of initiation in search of “SIMPLE” plant recipes that would bring him back on several occasions to ALET between 1521 and 1528 to the magnificent Abbey of NOTREDAME and to see his family.

In 1529, he studied medicine in MONTPELLIER where he met famous people, such as RABELAIS, who were attracted by the reputation of this university.

He chose the nickname of “NOSTRADAMUS” which means: we give what is ours, we transmit our knowledge.

It is there that he learned astrology, due to the supposed influence of the planets on the course of the disease, and later, like many of his colleagues, he tried his hand at some “prognostications” by publishing a series of almanacs.

Under the name of “Centuries”, his prognostications would remain famous because of their mysterious nature which has allowed many interpretations.

He married for the first time in AGEN in 1531, but he lost his wife Henriette DANCOS and his 2 children to the epidemic. He was summoned to appear before the Tribunal of the Inquisition for having frequented Filibert SARRAZIN “a disbeliever who smelled of the stake” (a reference to being a heretic who would be burnt at the stake), he preferred to isolate himself for a while.
In 1533, he was awarded his doctorate in medicine in MONTPELLIER and left the company of the humanist doctor Jules-César SCALIGER in AGEN with whom he no longer got along.
Having developed an effective drug against the plague, it is reported everywhere where the epidemic is raging: LYON, MARSEILLE, AIX en PROVENCE, NARBONNE, CARCASSONNE, TOULOUSE, BORDEAUX …
In 1547, he married Anne PONSARD, a young widow from Salon, and moved to SALON to the house that still bears his name today.
Over the next 10 years he had 6 children, the eldest of whom, César, would become Consul de SALON (equivalent to the modern-day mayor), who was a historian, poet and painter.

In 1552, he published a very original “treaty on fardements and jams”. At that time, only apothecaries sold jams which were used as medicine.
He expressed his admiration for ERASMUS who took the time to write in order to pass on his knowledge.
In 1555, the first series of quatrains appeared, and Catherine de MEDICIS invited him to court in PARIS to foresee the future of the royal children.
In 1557, a second series of quatrains was added to the publication of Centuries. In the study of medicine, a translation of the “Paraphrase of Galen” was published.
In 1559, King HENRI II died in the way the quatrain I-35, published 4 years earlier, seems to describe exactly.
The same year, the “very useful remedy against the plague” was published.
On October 17, 1564, Catherine de MEDICIS came with her court to consult NOSTRADAMUS in SALON. It was on this occasion that the Magus predicted the reign of young Henri de NAVARRE, nephew of the Queen and future HENRI IV.

Tortured by gout transformed into dropsy, Nostradamus was found dead on July 2, 1566, near the bench and the bed, as he had predicted.

His bones were first buried standing up in the Convent des Cordeliers according to his wishes, and then were scattered by the soldiers of the Revolution. They are currently in the Collegiate Church of Saint-LAURENT (chapel of the Virgin) in SALON.

His work is complemented by a manuscript discovered in the 20th century, entitled “Hieroglyphs of HORAPOLLO” (an interpretation of Egyptian hieroglyphics), dedicated to the Princess of NAVARRE.
Nostradamus was, above all, a scientist and a scholar.
He is the crucible in which all the trends from Antiquity were sublimated to explode into this fabulous 16th century.

His work, Centuries, whose poetry draws from the source of PETRARQUE, is part of an eschatologico-astrological literature (a forecast of the end of time by astrology) allowed him to call himself a Prophet at a time when astrologers would hide behind their science, in the face of a Church in crisis.
The message that passes through his work is a true intellectual treasure. 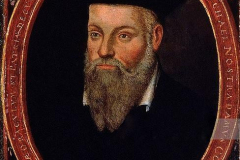 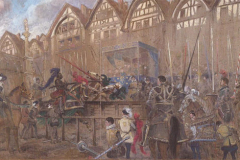 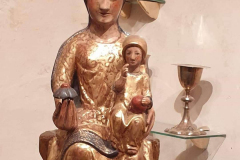 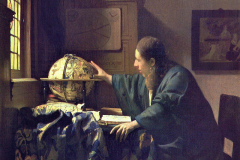 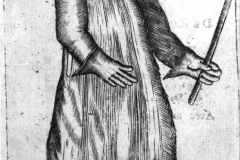 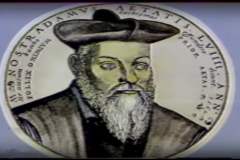