The family house of Nostradamus, on his father’s side, from which the extraordinary epic of “Nostredame” started has been preserved over time thanks to the popular devotion surrounding Nostradamus and the oral tradition which has perpetuated his legendary status over time.

This Spanish family of Jewish faith (Yissaskar Tribe) crossed the Pyrenees in search of the protection of the Christian Church of Occitania and the bishops of Aleth. They settled in the heart of the chosen valley “Vicus Electensis” near the old Benedictine Abbey Nostredame d ‘Aleth or Sainte Marie d’ Aleth in the secular walled city.
The original house with earthen walls and sculpted wood architecture dates back to the 13th century with identifying signs that allowed the Jewish inhabitants to be recognised as related to the Lords of Carcassonne Trencavel.
The house was remodeled in the 15th century when it was extended with repurposed old beams and the commercial area with the old shop on the ground floor was developed. This space overlooks what was the Place du Puits (now Place de la République).
The house was damaged during the Wars of Religion, after the death of Michel de Nostredame, and was restored under the reigns of Henri IV and Louis XIV.
The house itself is truly an authentic Medieval and Renaissance residence of merchants from Occitania. It is built of ochre sandstone from Aleth and half-timbering of timber posts and wattle and dauband has remarkable corbels with massive oak beams carved with strange and symbolic designs.
The house is capped with a sloping roof. On the 1st and 2nd floors the main façade is pierced with windows with small panes, and on the ground floor there is a large bay window serving the old secular shop. The house has been carefully maintained over the centuries by its various owners and in 2020 restoration work was completed to regain its former radiance and add modern comforts. 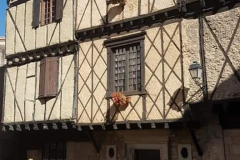 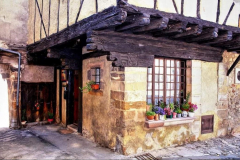 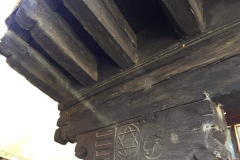 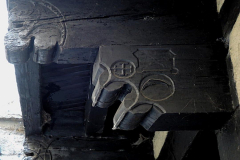 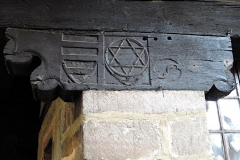 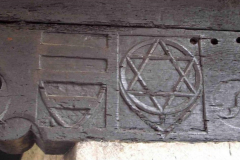 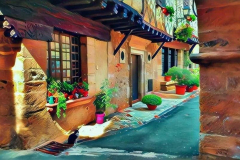 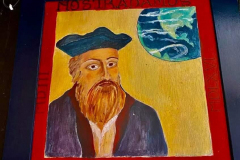 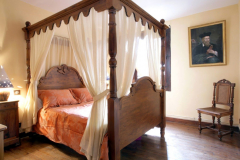 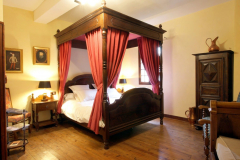 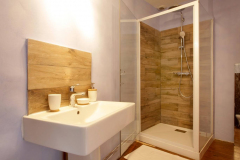 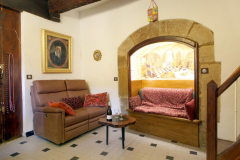 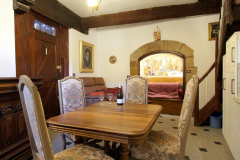 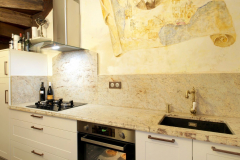 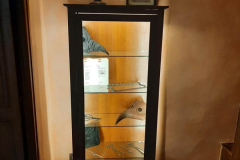